After teaching Cardiopulmonary Resuscitation (CPR) courses for a couple of sessions, it is shocking to realize that not many people know about the Good Samaritan Laws that all States have. With every announcement about the Good Samaritan Laws, I see raised eyebrows or bright looks that seem to indicate that it was the first time they have heard about it. I include the fact that many people still ask me how to prevent themselves from being sued if they inadvertently cause harm while giving chest compressions or if they were able to resuscitate someone who did not want to. 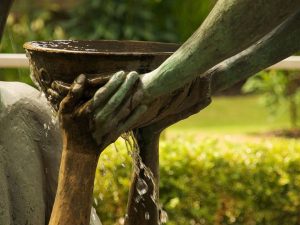 In retrospect, this should not have shocked me knowing that not many people in the United States are trained in CPR. Most of the time, people would call 911 or yell out for help hoping someone would know what to do in their current situation. There are times when they do nothing for the sake of nothing. Looking at the news or just anywhere in general, there are scenes of apathy and, at times, cruelty where someone would fall and die while everyone else looks on or simply walks away.

A Society of Apathy

I remember watching a CCTV clip that someone posted on my Facebook feeds. In the clip, someone has a heart attack and falls on the street corner outside a busy intersection in front of a grocery store. There were people who obviously saw the person fall but kept on walking away. Two people rush in, not to help the man but to pick his pockets and run away with his cash. People continue to look on. The clip continues and actually fast- forwards to the end scene where a car runs the man over when turning the corner. According to the clip, that was the only time 911 was called.

Why was nothing done? They were afraid. I firmly believe that people generally want to help others but restrict themselves from doing so because of multiple factors. A major factor it seems, by the questions and comments from those in the class, is that they are afraid of the ramifications of their actions. Being sued is an action that is truly American. You can sue and blame others for being overweight remember? Or because you tripped and fell in front of their house despite a big huge caution sign? What a shameful way to destroy the human nature of caring.

It is true that during CPR, there is the likelihood of causing harm to others. You might break a rib. You could cause someone to vomit, which might be inhaled and would later cause pneumonia. You might even cause a neck injury while performing a head-tilt- chin lift. Often, these injuries occur among the very old and the very young. If by chance a rescuer provides aid to a victim of poor character, they may sue and most likely have won and profiting off of the life savings of a rescuer.

To protect rescuers and avoid being the target of later suits, States developed and adopted the Good Samaritan Law. According to the concepts of this law, rescuers will not be liable for any injuries or deaths that may occur while in performance of aid towards a victim. As long as the rescuer is not negligent or is not providing aid to garner some type of benefit (i.e. money) from the victim, they are protected from suit.

In my opinion, our country is in a sorry state if we have to create laws to protect those trying to do good. Despite this, it is encouraging that there is much support for those who care about other people’s welfare and their lives. Because of this, I implore others to continue to care about others. Learn CPR so you could be ready to save a life.

Thank you for reading!

Read other topics in our blog. Click here.
To register for an upcoming course with us, please click here.
Need to request a group/ corporate course? Click here.
Check out our featured products at our store.

CURRENTLY UNAVAILABLE UNTIL FURTHER NOTICE. PLEASE CONTACT OTHER INSTRUCTORS IN YOUR AREA.

*(PLEASE GO TO OUR ”COURSE REGISTRATION” TAB FOR MORE DETAILS)